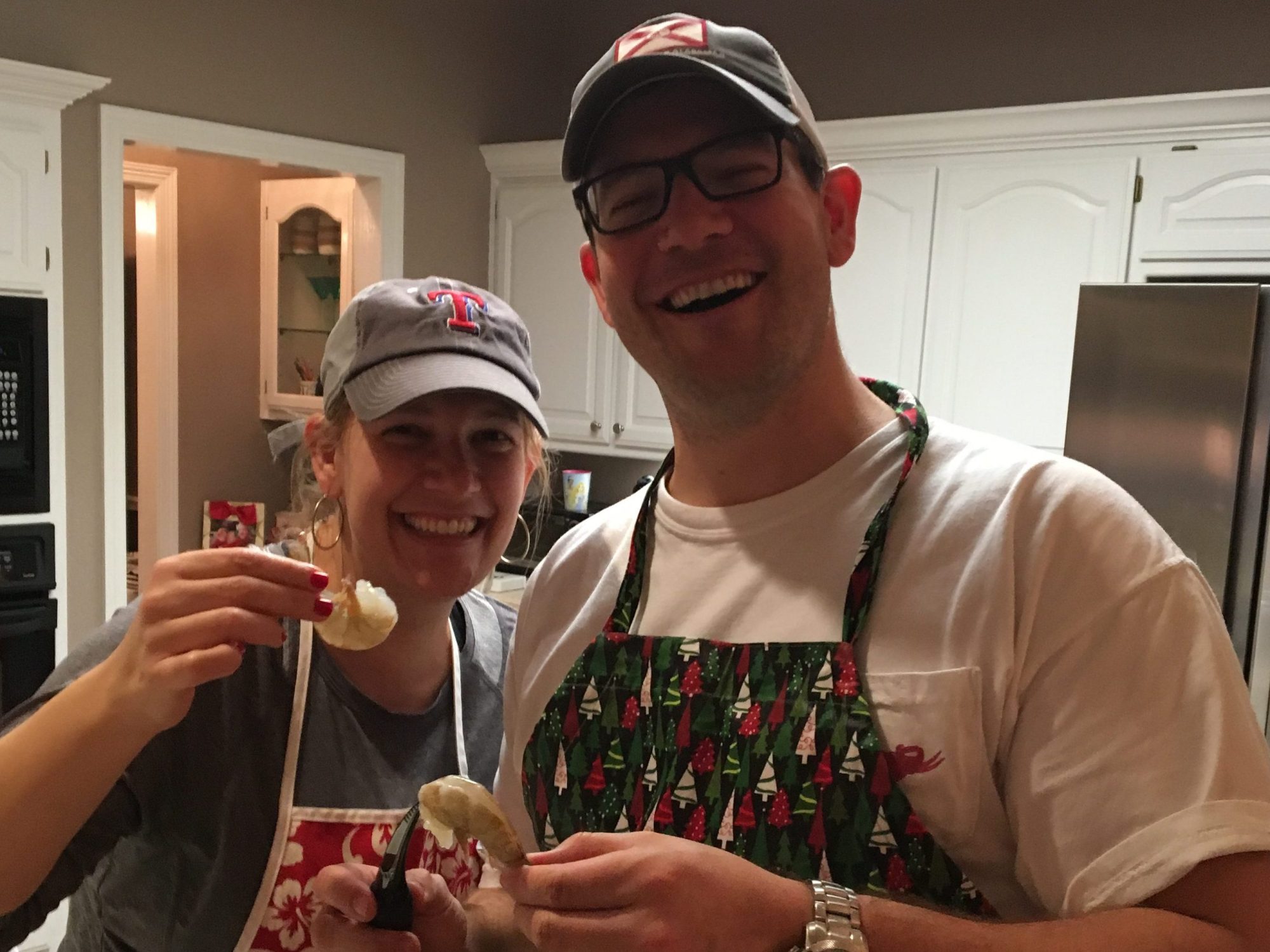 Christmas Eve 1982 fell on a Friday. The only reason I know this is because that day set in motion the most special of all Cybulsky family traditions.

No turkey. No prime rib. No meat. No debate.

So she served fried shrimp, and so happy were the tummies at their first Christmas table that decades later, we’re still making it.

After thirty something Christmases of fried shrimp prepping, you’d think I’d have the method down pat. But last year was our very first Christmas in a new city, without family to oversee the process – nothing but me, a brand new wok, and the recipe from memory.

I followed all the steps I could remember, but just like the PB&J you make yourself not tasting quite as delicious as Mom’s, my first fried shrimp attempt underwhelmed.

As it turned out, the culprits were both the wrong type of oil and out of sequence breading (it’s peanut, and flour before egg wash, by the way).

Tonight, I’m giving it another go. Not on Christmas Eve, but on a random Friday night, playing sous chef to my little brother.

Thanks to scouting, he learned to cook long before me. And as far as I’ve come, he still kicks my tail in the kitchen.

So on our second bottle of Pinot Noir and between snort laughing from our favorite scenes of Christmas Vacation, we’re hard at work in my kitchen…big shrimpin’.

4 thoughts on “Celebrate your heritage.”