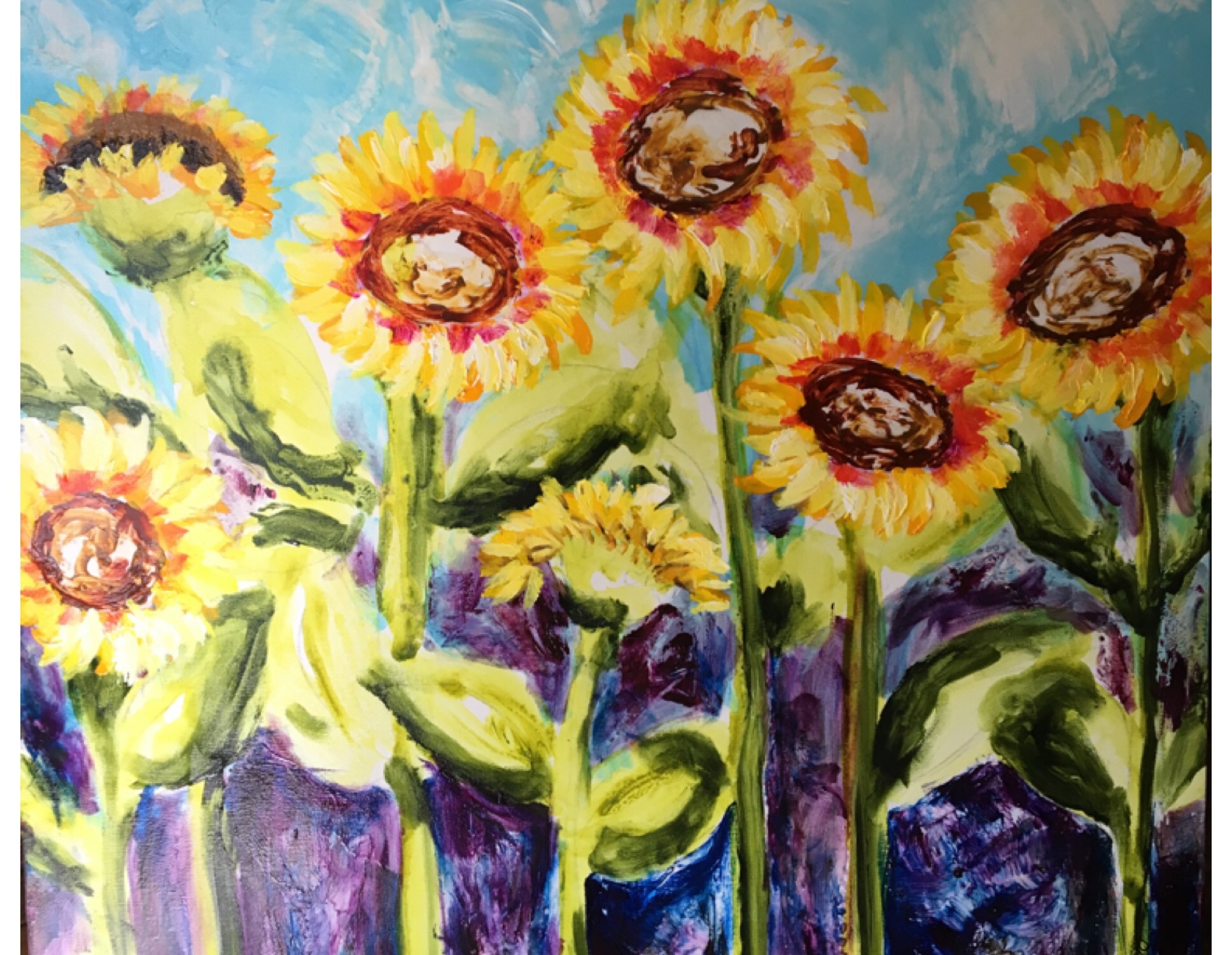 For the things that come easily to me, decorating is not one of them.

I find talk of color swatches and scale and composition overwhelming. Were it not for Google Images and Houzz, my house would be a mishmash of well intended efforts gone horribly awry.

As I’ve honed in on the style that makes me happiest, purged the items that were purposeless clutter and studied what’s left, I’ve discovered this.

Art – be it bold or muted, festival purchased or kid-made – makes all the difference.

My favorite pieces bring me joy each time I see them.

I suppose the most mass produced anything left in my collection is the iconic fork speared tomato poster from the Alabama Tourism Department’s Year of Alabama Food campaign.

It’s a slice of home in my Texas kitchen, and brings me right back to the sights, tastes, and sounds of Birmingham’s Pepper Place Saturday Market, where I bought it, along with armfuls of fresh produce.

The most authentic piece hangs in my bedroom, an oil on canvas and the first piece of art I ever purchased from a juried show.

I only stopped at the booth after casually taking note of a photo thumbtacked to her display – the artist with Diane Sawyer. Rather than an opportunistic type shot, (regular person poses with celebrity for bragging rights later), the image conveyed genuine warmth and camaraderie. It prompted me to strike up a conversation with the artist, Madison Latimer.

The Sawyer connection turned out to be commissioned works from family photographs, a request Latimer received from the late Mike Nichols, who’d tapped her talent to create intimate, one of a kind gifts befitting of his bride.

The portfolio versions she showed me were lovely, and I’d have gladly given her a photo of my own brood to do the same.

Instead, I chose the sunflower canvas, telling her I didn’t think my family was quite finished growing.

While she wrapped it, I tended to my toddler, taking in the fun and funky vibe of Birmingham’s Linn Park on a Sunday afternoon.

It wasn’t until I got home and opened it that I read the note she’d written across the back, the timing of which I still cannot believe.

That was six years ago, and the sight of my sunflower painting makes me as happy now as it did the day I first brought it home.

Maybe it’s time for that commissioned piece after all.